Sunday was a long day: two hours ironing the hospitality bedding and four hours cooking for the family. By seven o’clock, I was exhausted physically, but the excitement of the evening was like an adrenaline rush that, along with a shower, pushed away the day’s weight. I felt like a giddy teenager going to her first concert alone. Now that I think about it, I had never gone to Turin alone, but there was nothing that was going to stop me this time.

Only the day before—through strange Facebook synchronicities—I learned that Botanica was going to be the closing performance of the Salone del Libro, international book fair. Music for Scientific Conferences… that is how Deproducers—four musicians from Italy—bill themselves. And together with Prof. Stefano Mancuso from the LINV (Laboratorio Internationale di Neurobiologia Vegetale – International laboratory of plant neurobiology), they put together Botanica, a concert that brings together music and science.

Mancuso is more than a scientist—he is a legend—he runs the world’s only laboratory dedicated to plant intelligence. And not just one lab, there are four of them from Asia to Europe. I have been a fan of Mancuso’s work since I entered into the world of plant perception and plant music. He has been featured in TED talks, Wired Magazine, The New Yorker, and the author and co-author of many publications and books. As you can tell, I have a full-fledged #professionalcrush on this person’s capacity to enter deep into the inner workings of plant consciousness.

Botanica is a fantastic way to deliver scientific data in an engaging setting. The set is simple, yet effective, and the visuals compliment the music and narrative. Standing there as the lights dimmed and the music started, when one of the members of the band started talking about the plant world, I worried that Mancuso was a no-show—what if he was at another conference and they just recorded his pieces? But after about 10 minutes of visuals and music, the professor stepped on stage and delivered his first lecture. I have been to many events in my life, and for me Mancuso and co. rivaled them all. Given that I have read just about everything he has ever written, he didn’t really say anything new to me, but to see all the people listening attentively was fantastic. That is the level of engagement I want to reach!

The best part was still to come. Thanks to the persistence of some fellow Damanhurians that I synchronically ran into there, I was able to meet the professor in person. We shook hands, talked about plant music and plant research, and exchanged email addresses promising each other to get in touch soon to plan visits for him to come to Damanhur and for me to go to LINV. I was so nervous talking to him that I must have come across as a crushed out teenager. Oh well, it was worth it.

As I prepare for my next set of presentations in Finland, Montenegro, Portugal and the US, some of which involve interspecies concerts, I can feel my performance side activating. Wouldn’t it be great to put together an interspecies tour that is more than just music, but involved human and plant music, visuals, art and performance? I have been saying I want to produce an event for a while… hmmm…. ideas, ideas…. so who wants to sponsor an interspecies scientific arts performance? 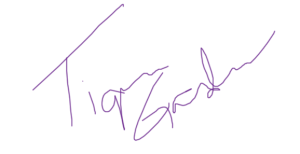 Would you like to develop interspecies art? If you are using the Music of the Plants or would like to in installations and/or exhibitions, contact me to see how I can help!